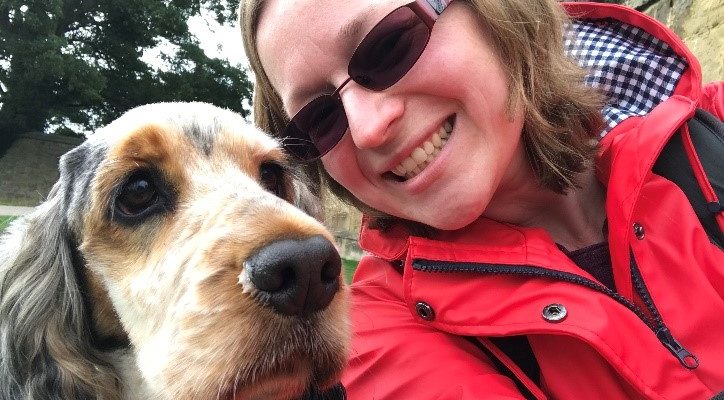 Following the introduction of our ‘Meet the team’ page comes our mini blog series. Each week, hear personally from our team members about their roles at EcoNorth and more. This week, meet Claire, our Principal Ecologist (Operational).

I am thirty five years old and was born and brought up in North East England.  For three years I studied and lived ‘down south’ while I successfully undertook my BSc.  I then headed back to Newcastle to completed my MSc.  It was sheer dumb luck that I fell into my first job as an Ecological Consultant, but after thirteen years in the role I’ve never looked back!  Beyond work, I love spending time with my two kids.  Thankfully they are just as keen on the outdoors as I am.  Their plant and animal ID skills are also as well developed as those of some professionals I’ve worked with!

Summarise your role at EcoNorth

I joined the team at EcoNorth in March 2016 and have recently been promoted from Senior to Principal Ecologist (Operational).  My new role includes everything from undertaking baseline bat surveys to planning, designing, undertaking and assessing the results of ecological work for nationally important development projects.  I am also Line Manager for several other members of the team.  This involves providing them with any type of support they need and helping them to develop their ecological, client and project management skills.

What got you into Ecology?

A combination of spending 95% of my time as a child outside (usually up a tree or in a pond somewhere – nothing’s changed there) and watching David Attenborough on TV inspired me to pursue a career in ecology.   My grandparents and parents were always out in the garden or visiting places with plenty of wildlife, whatever the weather, so I grew up learning about the natural world every day without even really realising it.  By the time I was in ten, I had decided I either wanted David Attenborough’s job, or to live in a mud hut studying the wildlife in the Maasai Mara.  Since Attenborough’s still doing a grand job on TV and the commute to Kenya is rather far, it’s fortunate that I discovered I could make a living surveying and helping to protect the diverse range of flora and fauna right here in the UK!

What do you like most about working as an Ecological Consultant?

There is a lot to be said for your day at the ‘office’ including seeing a peregrine falcon stoop to catch a wood pigeon less than thirty metres away from you!  Every now and then you have an amazing encounter with a species which most people don’t ever get to see up close, or you’re involved with projects in areas so full of wildlife it doesn’t even feel like work.  I will always remember being paid to complete vegetation surveys on pristine blanket bog in the Scottish Highlands while golden eagles soared overhead.  It is the variety of the projects we work on at EcoNorth that still keeps my interest after over a decade in the job.

Describe the project you have worked on that you are proudest of.  What did you do that worked out particularly well?

There have been so many projects that I am proud of being involved with that it is genuinely difficult to choose just one.  A particular favourite was completing bat surveys over a seven year period on a historic property in Northumberland which had just been acquired by The National Trust.  No one had a clue what bats were present or how they used the building.  It was vital to find this out to ensure they were protected while allowing the site to be brought back into use and opened to the public.  The buildings were found to be used by at least five different bat species, with both breeding and hibernation roosts present.  Through careful remediation works and effective management, all of these bat species continue to use the building to this day.

What do you see for the future?

There is always more to learn in this job and I intend to continue expanding my knowledge of all aspects of UK species’ ecology and assessments.  I am sure the future will see me continuing to work on a wide range of development types.  Hopefully this will include more historic sites and working as part of a multi-disciplinary team on complex, large-scale projects.

Finally, what advice would you give to anyone starting out?

It is useful to have a specialism but don’t start off being too fixed on only wanting to do one thing.  There is so much variety to the role that it is best to try your hand at everything to begin with.  You may well find out that the area of ecology you end up being most passionate about is something totally different from what you initially expected.

It is also wise to remember that even if you have read all the survey guidelines, the animals have not and do not always do what they are supposed to do!

I’m a very clever but somewhat silly cocker spaniel and have just had my third birthday.  I love playing with my two small humans, although it has become increasingly tricky to herd them together now that the younger one has learned to walk too!

What do you like most about coming to the office?

Claire says I’m not allowed in the office since I’d only settle down to sleep if I was sitting on her knee and can be quite mischievous when I’m tired.  I am an expert at discovering exciting creatures like toads, squirrels and hedgehogs when we’re out and about though, even if I’m a bit scared of some of them on occasion and have to run away to a safer place.

How do you help your owner be a better ecologist?

I am well practiced at finding different types of poo, which alert Claire to the presence of all sorts of wildlife; unfortunately for her though, I like to roll in it if she doesn’t get to if fast enough.

What is the funniest thing you’ve ever done?

I am secretly part cat and am regularly found balancing precariously with all four feet on different parts of the open toy box, on the back or arm of the sofa, or on the window sill when I think no one’s around.  I also have a habit of sleeping in odd places, including on the bottom shelf of the coffee table or in the baby’s bouncer (not at the same time as her though).