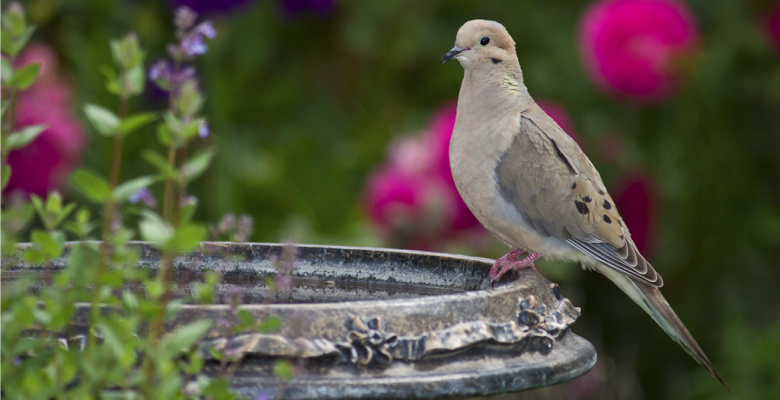 From an ecological perspective, urban gardening can be broadly described as the process of growing plants in private or domestic green areas alongside any actions conducted to increase the area suitability for wildlife.  Urban gardens provide a wide range of resources to biodiversity such as; substrates, food, nesting sites and overwinter sites (Davies et al. 2009).

In 2008, for the first time, over 50% of the world human population lived in urban areas.  By 2030, developed countries are expected to have over 80% of people living in cities and towns.  This rapid urban growth heavily effects ecosystems and biodiversity.  It also reduces human interaction with nature which decreases interest in conservation.  Urban gardens, therefore, have become an increasingly important way to reconcile urban growth and biodiversity conservation (Davies et al. 2009; Goddard et al. 2010). Furthermore, they present a simple to implement opportunity for developers to enhance the ecological value of their sites.

About 87% of homes in the UK include a domestic garden.  This constitutes approximately 432,964 ha (Davies et al. 2009).  Furthermore, gardens represent 22-27% of total urban area and contribute 35-47% of total green space in UK cities (Goddard et al. 2010).  Gardens are rarely in complete isolation.  The mosaic of gardens, especially in residential areas, provides the space and diversity that organisms need to fulfill their niches (Davies et al. 2009).  As well as providing a habitat, the mosaic of gardens also assists the movement of species between public green spaces and/or countryside, thus increasing the overall connectivity of the landscape and smoothing the effects of habitat fragmentation (Davies et al. 2009).  Gardens also have the potential to act as buffers to small forest remains in urban areas (Dooby et al. 2010).

About 48% of households in the UK (12.6 million homes) provide additional food for birds.  Approximately 59% of those homes use specialised bird feeders.  Around 50% of the birds that breed in UK are from species that usually use bird feeders, therefore, there is approximately one bird feeder for every 9 birds that might use it.  It has been predicted that bird feeders provide at least 2,580 tonnes of bird food (Davies et al. 2009).  Studies have shown that bird abundance on a regional scale can be influenced by this amount of supplementary food (Goddard et al. 2010).

There are at least 4.7 million nest boxes within domestic gardens in the UK. Nearly 40% of the birds that breed in the country belong to species that commonly use nest boxes.  For each nest box there are six breeding couples that might use it.  In 1998, it was discovered that the availability of nesting sites could limit the number of breeding couples in hole-nesting species.  This is especially a problem in urban areas as decaying trees are often removed and with them potential nesting sites, thus nest boxes become a way to avoid depriving birds of nesting sites (Davies et al. 2009).

2.5 to 3.5 million ponds (349ha of standing water) are estimated to exist in domestic gardens in the UK.  As a number of ponds in the countryside are threatened by natural succession, land drainage and development, domestic ponds have become a valuable resource for many organisms (amphibians, invertebrate and plants).  Ponds are also useful to birds as they offer them drinking water, a place to bathe and, to some species, food in the form of invertebrates (Davies et al. 2009).

Roughly 28.7 million trees exist in domestic gardens across in the UK. They constitute about 25% of the total number of trees in the country.  Trees offer a a valuable resource as they provide:

Green areas in an urban environment provide people living there the opportunity to interact with nature.  Domestic gardens give their owners a more personal relationship with nature, therefore, fostering a greater interest in the natural environment (Goddard et al. 2010).

There are some cases reported where species who are declining elsewhere, are doing better in cities.  For example, the Rana temporaria (common frog), the Turdus philomelos (song thrush) and the Erinaceus europaeus (hedgehog) have all declined in rural areas, but have increased in numbers in urban parks and gardens.  The same phenomenon had previously been observed in bumble bees in the UK, where the number of nests was higher in suburban gardens than in rural areas and was similar to the number of nests in the countryside (Gaston et al 2005a; Goddard et al. 2010).

Domestic cats are often major predators in urban areas.  Millions of domestic cats are estimated to live in England and each cat catches on average 21 preys a year.  Cats can heavily impact bird populations in urban areas and are, therefore, a cause of concern.  (This issue is being address by the ‘Cat Indoor’ campaign supported by the American Bird Conservancy (Goddard et al. 2010).

Although bird feeders are considered advantageous, this activity might have harmful effects on birds.  The negative consequences may include:

However, it is difficult to conclusively determine whether this affect birds, as there has not been enough research in the area (Davies et al. 2009).

The use of urban gardens for conservation is meant to be used alongside other strategies.  However, given the wide range of resources that urban gardens provide to biodiversity and the relative enthusiasm towards them, they could be seen as a solution to the protection of biodiversity, thereby making people lose interest in other conservation strategies (Goddard et al. 2010).

Unless measures are taken to prevent it, the land area of gardens in the UK will probably decrease.  Nearly 50% of North East English households have paved over the majority of their front garden to create parking spaces and existing gardens are often build upon.  Furthermore, increased urbanisation is likely to result in diminished garden areas (Davies et al. 2009).

More than 40% of widespread invasive species are ornamental plants (Smith et al. 2006).  Exotic plants can extend beyond gardens causing major damage to the natural ecosystem.  In many European wild habitats, the invasive species Fallopia (exotic knotweeds) has replaced natural vegetation, causing a decline in diversity of plants and invertebrates.  In fact, invasive species are regarded as one of the greatest threats to biodiversity (Gaston et al. 2005a).

Gardens in the UK have been shown to contain a high diversity of plants species.  However, approximately 70% of plants in the country gardens are not native to the UK (Goddard et al. 2010).  A study in the USA found that gardens that had exclusively native plants had a noticeably higher bird and butterfly diversity than conventional gardens.  This is supported by a study in Australia that showed that exotic plants were of little use to native pollinators (Goddard et al. 2010).  On the other hand, another study showed that the abundance and diversity of invertebrates captured in gardens in Sheffield was seldom linked to the use of native plants (Goddard et al. 2010).

A study in Vancouver showed that gardens positioned near each other were more likely to be alike than gardens located in different areas.  Therefore, decreasing diversity of the local ‘garden patch’ (Goddard et al. 2010).

Down-top strategies have shown some potential as many non-governmental offices for research-focused biodiversity have successfully persuaded people into taking part in their projects (Goddard et al. 2010).

In this case, the role of the government would be providing support to those already existing incentives when needed.

In their first year of operation, the Homes for Wild Scheme by the Royal Society for the Protection of Birds (RSPB) has encouraged over 25,000 people in the UK to undertaken over 300,000 tailored management actions in their domestic properties, such as the Big Garden Watch and British Trust for Ornithology Garden Birds.  These encourage homeowners to collect scientific data in their own backyard.  Not only do such projects provide important scientific data, but they also raise the general public’s awareness of biodiversity conservation

City Planning For Best Use of Gardens

An example of city planning would be to comprise the creation of wildlife corridors or stepping stones and ‘habitat zones’.  In such management, different part of a city would mimic different habitats, thereby green spaces in a given area would have a ‘theme’, such as woodland or wetland.  The resulting mosaic of habitat zones would provide a wide diversity of habitat throughout the city (Goddard et al. 2010).

A recent study found that a number of people were interested in aiding conservation but lacked the knowledge to do so.  In these cases, educational programmes are vital to inform and raise awareness of advantages and disadvantages of urban gardens, as well as what can be done to improve gardens to make more wildlife friendly (Gaston et al. 2005b).

How can EcoNorth Help You?

EcoNorth can help provide pragmatic ecological mitigation and enhancement for your project.